... that I have just signed over the print rights for String Bridge to the magnificent Aussie publisher, eMergent Publishing.

I am seriously seriously blessed to have crossed paths with the amazingly talented founding partner of eMergent, Jodi Cleghorn. She is a breath of fresh air. Her passion, commitment, and enthusiasm for encouraging emerging writers is awe-inspiring and inspirational. In 2011, the Chair of Queensland named her the 2nd recipient of the Kris Hembury Encouragement Award for Emerging Artist at the Aurealis Awards in Sydney. You should check out her blog and follow!

I first crossed paths with Jodi, when a short story of mine was accepted into eMergent's anthology, 100 Stories for Queensland, which was published to help raise money for Queensland flood relief in May of 2011.

Since 2009, eMergent Publishing has produced "conceptual fiction anthologies which push the boundaries of form and structure. [They] seek to find new permutations and relevance for the short story in the rapidly changing digital landscape."

String Bridge will be their first single author mainstream novel. I am so so proud to be a part of their team, and to help establish them as a publisher of full-length fiction. 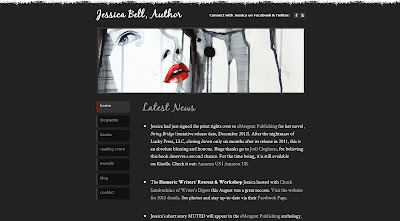 How To Run A Writer's Retreat: Part One

As I said in this post, I will be answering all your questions about the Homeric Writer's Retreat & Workshop, in a series of posts. Tune in every Thursday to get some answers. I'll be posting until I run out of questions.

The first question I'm going to answer is the most popular one. One that was asked by many, including Shannon Cyr, Theresa Milstein, D. G. Hudson, Lane7, and Hart Johnson:

QUESTION: "I'm curious about how you structured it--how did you mix writing, learning from the experts, (seminars versus workshops?) playtime ...?"

I spent quite a bit of time organizing the schedule to work well with the August heat. This was my main concern, because in the middle of the day on a Greek island it can get pretty stinky. But holding the retreat at any other time of year, would have meant missing out on the amazing traditional dance festival which proved to be an absolute hit with our attendees. (you can read some testimonials here.)


Firstly, as you can see if you enlarge the schedule, most of the sessions were lectures/seminars on how to get published. From the query letter, to getting articles published in magazines/newspapers, to building a platform. The only interactive workshops were mine on the last day, which I will be incorporating more of next year due to the fact that they were very much enjoyed. (woop!)

During free time, which was mostly in the middle of the day, one-on-one sessions took place. We just played this by ear. Whomever was ready to do one, did one. It worked very well this way. No pressure on us, no pressure on the attendees. Attendees also sent their work to Chuck earlier in the year, so that he could thoroughly prepare. Excellent idea. The feedback he was able to provide due to this was phenomenal, and so I've heard, totally satisfying.

We also had excursions to various places on the island. One particularly interesting one, was to Homer's School, where it is believed, Odysseus' palace was. In addition, there were organized dinners, trips to picturesque villages, by the sea and on TOP of the mountains. And of course, the dance fest. You can see more photos on our Facebook Page.

One night a few of us decided to take a stroll to the beach with Chuck and a guitar. Which just proves, despite the full-looking schedule, there was still time to chill out, and do a few things on the spur of the moment. Which I think is vital too. You don't want to bog people down with too many 'have tos'.

I honestly don't think many got a lot of writing done. But that wasn't the point of this retreat. It was to learn and experience something completely new, to enrich lives, to motivate. And you know what? By the time it was over, everyone was inspired. INSPIRED. Everyone jumped back into their writing on their return home with full force. The positive feedback has been astounding, and I couldn't be any more pleased!

In a nutshell, I think there are 5 things you need to remember when organizing a workshop schedule:

1. Make sure you schedule breaks if you have more than two sessions in a row.

2. Consider the weather. It affects people's concentration more than you know.

3. Allow plenty of free time. But make sure everyone knows what they could do if they don't particularly feel like writing or lazing around, i.e. show them where they can eat, swim, etc.

4. Be available. You never know when someone might need you for something. If you are the organizer, do not expect to get a holiday out it this. It is HARD work. You need to be there for everyone, both teachers and attendees, around the clock.

Check out this video I took, while on Homer's Walk. Sorry about the poor sound quality, but I recorded it on my phone on the spur of the moment:


Got any more questions? Leave them in the comments, and I'll be sure to answer them in my future posts.

Email ThisBlogThis!Share to TwitterShare to FacebookShare to Pinterest
Labels: The Homeric Writers' Retreat and Workshop

The Artist Unleashed: WHY WRITING IS LIKE PRACTICING MEDICINE, by Lydia Kang

The Artist Unleashed posts have moved to a new domain. Please click HERE to read the rest of this post and for the opportunity to comment. Just search for the title of the post in the search bar on the new site.
Posted by Jessica Bell at Wednesday, August 29, 2012 35 comments:

So, I know I was going to start my Homeric Writers' Retreat & Workshop posts today, but due to me being absentminded, and forgetting that I had something booked in for this Monday, I'm going to post my Homeric posts on Thursdays. If you asked me a question you'd like to see the answer to, please drop by again on Thursday!

So, onto the task at hand. The amazingly talented J.C. Martin is having a blog tour! And she has some amazing giveaways happening at her blog, so do drop by there and check them out!

To celebrate her novel, Oracle, I'm posting about one of her book characters today.

Bio:
Bookish Detective Constable Tom Holloway is the newest member of the Murder Investigation Team. Socially awkward and reserved, his professional relationship with the fiery Sam Blaize starts off shaky. Nevertheless, he is nevertheless eager to please, and works best when left alone to potter away in silence. His contributions to an investigation are often astute, something that Detective Lancer appreciates.

While his seemingly uptight attitude and strange beliefs in New Age religion may not endear him to colleagues, Tom keeps much of his personal life to himself, and seldom talks about his past or his family. Could it be that he is harbouring a dark secret?

With London gearing up to host the Olympics, the city doesn't need a serial killer stalking the streets, but they've got one anyway.

Leaving a trail of brutal and bizarre murders, the police force is no closer to finding the latest psychopath than Detective Inspector Kurt Lancer is in finding a solution for his daughter's disability.

Thrust into the pressure cooker of a high profile case, the struggling single parent is wound tight as he tries to balance care of his own family with the safety of a growing population of potential victims.

One of whom could be his own daughter.

Fingers point in every direction as the public relations nightmare grows, and Lancer's only answer comes in the form of a single oak leaf left at each crime scene.

J.C. Martin is a butt-kicking bookworm: when she isn’t reading or writing, she teaches martial arts and self-defence to adults and children.

After working in pharmaceutical research, then in education as a schoolteacher, she decided to put the following to good use: one, her 2nd degree black belt in Wing Chun kung fu; and two, her overwhelming need to write dark mysteries and gripping thrillers with a psychological slant.

Her short stories have won various prizes and have been published in several anthologies. Oracle is her first novel.

Born and raised in Malaysia, J.C. now lives in south London with her husband and three dogs.

The Artist Unleashed posts have moved to a new domain. Please click HERE to read the rest of this post and for the opportunity to comment. Just search for the title of the post in the search bar on the new site.
Posted by Jessica Bell at Thursday, August 23, 2012 19 comments: 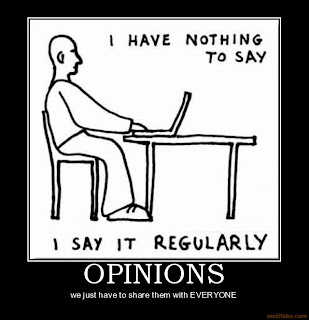 Yesterday, I got into a somewhat heated debate about THIS ARTICLE in a Facebook Writer's Group. The discussion was civil, but I could feel the frustrated undertones of the other commenter. I was also feeling frustrated myself. Because we strongly disagreed with each other. And I began to wonder ... am I too forward?

I asked a close friend of mine whether she thought I was too forward with my opinions before continuing the discussion and letting it evolve into something sticky. She told me that I wasn't. She said that there is overbearing and there is assertive, and that I was the latter. I was relieved. But then I also wanted to kick myself. I realized I was taking it all too personally. And so was the other commenter. (Funnily enough we both ended up admitting to this and cooled off each others' egos. I was so intrigued by her that I ended up purchasing her book! But that's not the point of this post.)

My questions to you are: How do you deal with conflicting opinions on the Internet? Do you hold back? Do you go too far? Do you pretend to be all cool and collected and swear at your screen? Or do you stay away all together because you're afraid of tarnishing your reputation? How do you know when you're straddling the line?

On another note, have you read the article I linked to above? What's your opinion about it?

PS: If you missed Monday's post, go check it out and contribute a question about the Homeric Writers' Retreat & Workshop, for a series of posts I'll be writing about it.

Wow, what a whirlwind summer. So much to tell you, but let's start with the retreat with Chuck Sambuchino, hey? I'm going to keep it short and sweet today, tell you about it in brief with some photos (below). There is so much to say that I can't quite summarize all my thoughts into one post, so I reckon the way to go is to open up the comments to questions.

Ask me anything you like about the retreat, anything at all, and I'll answer your questions on my blog, along with a link to your blog to get you a little exposure too. I'll answer one or two questions at a time, in a series, which I will post every Monday until all the questions are answered: How To Organize a Writers' Retreat.

BONUS! If you share this post on Facebook or Twitter (tell me so in the comments after your question with the link), I will dedicate a day to showcase you (and your book if you have one) on my blog, on any Wednesday of any week. From now on, Wednesday will be Author Guest Post Day, on The Alliterative Allomorph. (get in quick, as I will only book Wednesdays until the beginning of December)


The Retreat in a Nutshell: