Writing and getting a book published are really less than half the battle.

Since my memoir, Leaving the Hall Light On was published in 2011, I’ve spent most of every day marketing to keep my book in the public’s eye. I maintain a blog, Choices. I tend two Facebook pages. I’m connected through LinkedIn and Twitter. I speak at book clubs and library events. I sign books at book fairs and at our local indie bookstore. I’ve participated in virtual and live book tours. I also write regularly for several websites. In addition, I’ve been on panels and led workshops at writers conferences.

I recently co-led, with Eleanor Vincent, ...


Sorry for the interruption, but The Artist Unleashed posts have moved to a new domain. Please click HERE to read the rest of this post and for the opportunity to comment.
Posted by Jessica Bell at Wednesday, November 26, 2014 1 comment:

The creative home begins with parents who nourish the imaginations of their children. "Without the playing with fantasy no creative work has ever yet come to birth. The debt we owe to the play of imagination is incalculable." ~Carl Jung

Say yes to your child whenever possible. Children who hear yes most of the time develop ...

Sorry for the interruption, but The Artist Unleashed posts have moved to a new domain. Please click HERE to read the rest of this post and for the opportunity to comment.
Posted by Jessica Bell at Wednesday, November 19, 2014 5 comments:

The Artist Unleashed: WRITING A FRESH TWIST ON A CLASSIC TALE by Catherine Stine

I write YA and NA novels and also teach college lit part time. When I was assigned to teach Christopher Marlow's Doctor Faustus, I alternately balked and thrilled at the challenge. The story is about a brilliant college professor who, after earning what is now equivalent to a PhD, is bored and asks the medieval version of "Is this all there is?" He has noble ideas: he wants to enrich public education, find cures for dreadful diseases—even raise the dead. Hey, rewind ... you need superpowers for that, right?!

You sure do. Thus, he falls into temptation when he calls up Mephistopheles to grant him these superhuman powers. Dr. Faustus thinks he has nothing to worry about. He doesn't believe in the devil, or hell. He's a modern man of science. Damnation, piffle! He makes a vow with the devil's ...

Sorry for the interruption, but The Artist Unleashed posts have moved to a new domain. Please click HERE to read the rest of this post and for the opportunity to comment.
Posted by Jessica Bell at Wednesday, November 12, 2014 7 comments: 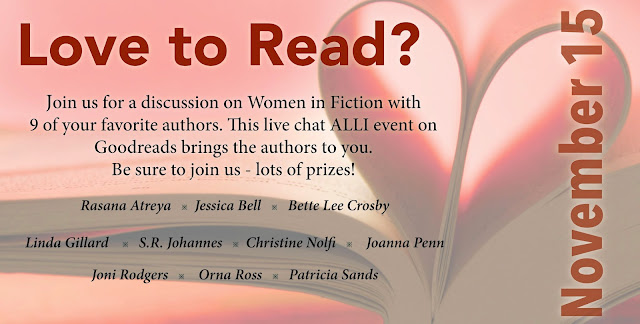 On Saturday, November 15th I'll be taking part in a Goodreads online chat about the heroines we love, unlikely heroines, and stereotypes of women in fiction, alongside the following ALLi award-winning authors ...

We’re also giving away paperbacks in a variety of genres: suspense novels sure to keep you on the edge of your seat, contemporary literature to warm your heart and literary gems from authors across the globe!

Hope to see you there! We're very much looking forward to chatting with you all!

Sign up to my newsletter and receive Book #1 of the Writing in a Nutshell Series, Show & Tell in a Nutshell, or Muted: A Short Story in Verse, for FREE.
Posted by Jessica Bell at Monday, November 10, 2014 1 comment:

The Artist Unleashed: HOW MUCH ARE WE INFLUENCED BY WHERE WE LIVE? by Jan Ruth

The only historical event I can remember with any accuracy is good old 1066 and The Battle of Hastings. At school I was hopeless at dates, in fact anything to do with numbers, but I used to love history because sooner or later it usually involved writing a lot of essays. Now though, I suspect there may be more to it. The longer I live and the more places I visit in the world, the more connected I feel to my roots, or more specifically my spiritual home, Snowdonia.

Seventeen years ago we moved from Cheshire to North Wales. Although Cheshire has its history and pretty rural surroundings aplenty, Wales is far more extreme in both aspects. The castles and the rugged hillsides scattered with stone settlements, druid’s circles and ...

Sorry for the interruption, but The Artist Unleashed posts have moved to a new domain. Please click HERE to read the rest of this post and for the opportunity to comment.
Posted by Jessica Bell at Wednesday, November 05, 2014 6 comments:

Today, I'm really excited. Why? Because an incredible friend of mine (and partner in crime at Vine Leaves Literary Journal), Dawn Ius, is revealing the cover of her debut YA novel, Anne & Henry!

This has been in the making for a long time and I'm so thrilled for Dawn that the day has finally arrived so she can flaunt her astounding storytelling talent. She is an AMAZING writer, and I can't wait for everyone to experience what I have been experiencing for the last (almost) five years when beta-reading her work ... extremely severe writing envy!!! Oh, and of course, a bloody excellent ride in a world outside our reality. :-)

Without further ado ... here it is! (And please scroll down to the bottom to enter to be in the running to win an ARC which will be available in January, 2015.) 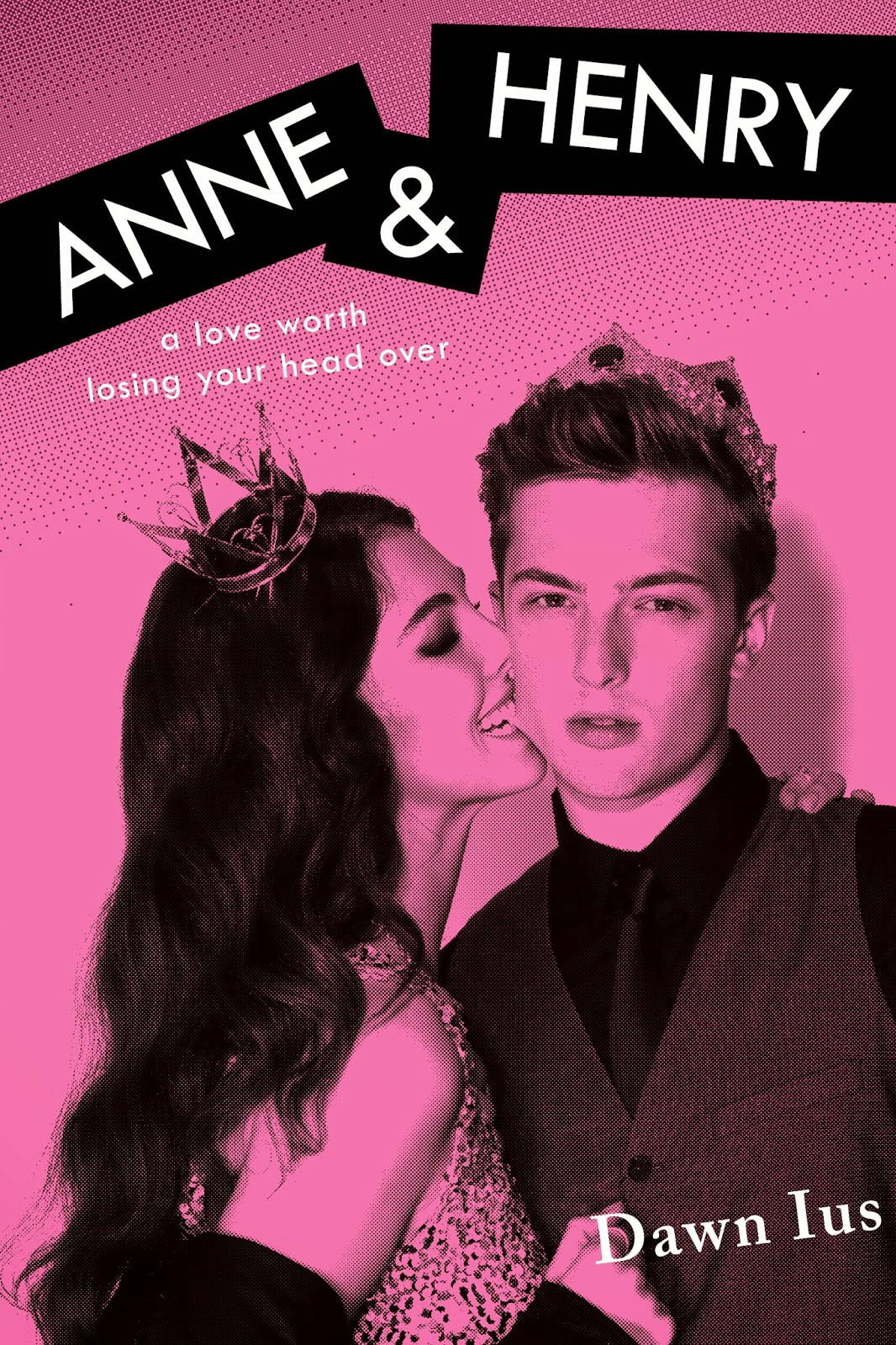 A love worth losing your head over

HENRY TUDOR’S LIFE HAS BEEN mapped out since the day he was born: student president, valedictorian, Harvard Law School, and a stunning political career just like his father’s.

But ever since the death of Henry’s brother—perfect, high-achieving Arthur—his family has been twice as demanding. And now Henry’s trapped: forbidden from pursuing a life as an artist or dating any girl who’s not Tudor-approved.

Then Anne Boleyn crashes into his life.

Anne is wild, brash, and outspoken. She is everything Henry is not allowed to be—or to want. But soon Anne is all he can think about. His mother, his friends, and even his girlfriend warn him away, yet his desire for Anne consumes him. Henry is willing to do anything to be with her. But once he has her, their romance could destroy them both.

Inspired by the true story of Anne Boleyn and King Henry VIII, ANNE & HENRY reimagines the intensity, love, and betrayal between one of the most infamous couples of all time.

Add it to Goodreads! 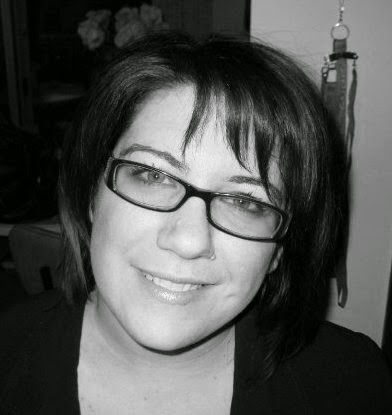 DAWN IUS is a short-story author, novelist, screenwriter, professional editor, and communications specialist. She is an active member of the International Thriller Writers association, co-founder and senior editor of Vine Leaves Literary Journal, and the author of nine educational graphic novels published by the Alberta Canola Producers Commission. When she’s not slaying fictional monsters, she’s geeking out over fairy tales, Jack Bauer, Halloween, sports cars, and all things that go bump in the night. Dawn lives in Alberta, Canada, with her husband, Jeff, and their giant English Mastiff, Roarke.

Sign up to my newsletter and receive Book #1 of the Writing in a Nutshell Series, Show & Tell in a Nutshell, or Muted: A Short Story in Verse, for FREE.
Posted by Jessica Bell at Monday, November 03, 2014 8 comments: