The island of Ithaca is located west of the mainland of Greece in the Ionian Sea and is the second smallest inhabited island of the "Heptanese". Ithaca consists of two peninsulas with almost equal extent. They are joined by the isthmus of Aetos which is 620 m wide. The island has a maximum length of 29 km and width of 6.5 km.

Hamilton House in Kioni was built in 1892 by Elizabeth Hamilton, niece of Lord Nelson's mistress, shortly after Ithaca was part of the British Empire. Locals today still call it 'Lizzys' .

Many famous people have come to the island over the years, Sophia Loren, The British Royal Family, Madonna, Nicholas Cage, Tom Hanks, Sade, Jamie Lee Curtis, Rowan Atkinson (Mr. Bean) (He has a house somewhere on the island, but it's a secret) and many more.

The first numerical information on the Ithacan population is from the Venetian period.

During the English period an official census took place which showed an increase in the population. This Attributed to the rise of trade and marine businesses on Ithaca.

After the union of the Ionian Islands with Greece the population decreased since some moved to the mainland or emigrated to Romania.

Ithaca's population abruptly declined after World War II, emigration steadily continued and people moved to the larger cities of Greece. An unfortunate reason for this was the earthquake of 1953 which devastated the entire island.

Now in the 21st century there are a number of new inhabitants, those with Ithacan heritage returning for a better, more natural form of life and those from abroad. The population now stands at around 3100, but the head count varies day to day due to the older generation dying and increasing births.
According to statistics gathered by Mr. G. Vallianos, there are over 13,000 Ithacans or people of Ithacan descent in the world.

(These statistics were gathered in 2001.)

Over the past 15 years Ithaca has catered more and more for tourism, but it is still comparatively unspoiled. Strict building regulations prohibit constructions that are not in harmony with existing buildings on the island, so luckily thus far, Ithaca has no large hotel complexes or unsightly architecture.
The loss of the Drachma and the appearance of the Euro in 2000 has changed the dynamics of Ithacan life. Prices have risen and wages remain mostly unchanged.

Another major impact on Ithaca's dynamics is the aging population. Even with the islands' baby boom of 2003 / 2004, there are more aged dying than can statistically be replaced. The church bells toll slowly at least once a month with the announcement of another local death ... 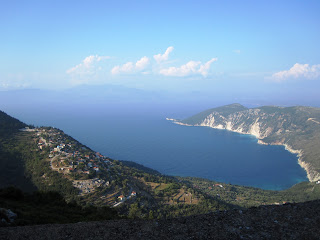 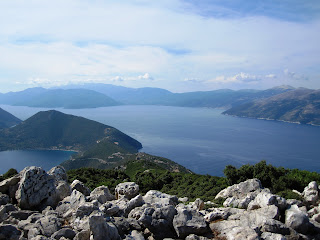 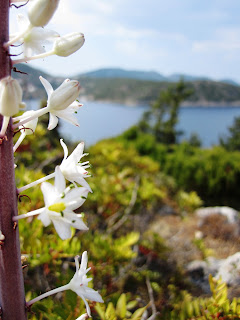 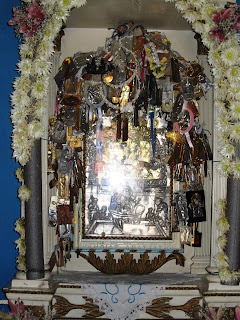 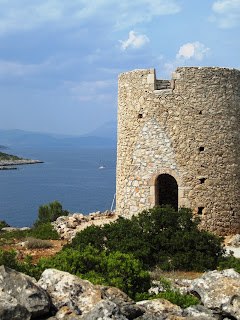