The Artist Unleashed: WRITE WHAT YOU REALLY, REALLY WANT, by Alison Morton

I’d already drafted INCEPTIO, the first of my Roma Nova stories – I’d written what I wanted to write. Bubbling away in my head for fifteen to twenty years, the characters, their world, and their challenges, begged me to tell their story. The genre? Not a clue. I didn’t realize stories had to fit into genres. To investigate these sacred categories I shared my work, I read in writing groups, I asked for professional advice.

My books are set in a world where the time line changed; the actions of a group of dissenting pagan Romans in AD 395 caused history to follow a different path. Alternative (or alternate) history hovers between speculative fiction, science fiction, and historical fiction; stories can be brimming with description of every tiny difference and the causes of difference, follow historical logic without boring the pants off the reader, be speculative in the extreme, or even, frankly, completely bonkers.

So, how to classify INCEPTIO? Perhaps it was science fiction, sub-genre alternate worlds. But the imaginary country, Roma Nova, was founded by ancient Romans who adapted their values and systems over sixteen centuries. That made it historical. The story centred on a killer pursuing the heroine for an unknown reason. Oh, so it was a thriller? The heroine and hero were attracted to, and driven crazy by, each other. Ah, a romance! And the heroine overcame loss, crossed cultures and discovered her core integrity - her true self - so possibly a “Bildungsroman”? Or perhaps the feminist theme nudged it towards the literary genre?

In the end, I settled on “alternate history thriller”; if pushed, I shorten to “thriller” which is said to be a saleable genre. One London agent who admired my writing said he would take me on like a shot if I wrote straight thrillers. Flattered, I explained that my world of Roma Nova was my passion as well as my platform.

Write what you know was not so difficult. I’m a deep-steeped ‘Roman nut’; I started at eleven, stroking the beautiful mosaic floors at Ampurias in northern Spain, I’ve found tear glasses at a dig near Caerleon as a teenage volunteer, I’ve traipsed all over Roman Europe for decades. And the cross-cultural side? I’m a linguist by trade and have lived, studied and worked in several different countries. The military chapters weren’t hard to write either; six years in uniform gifted me this background.

Write what sells. Ah, the hardest piece of advice to follow. I’m a commercial creature; entrepreneurial genes have descended through my family with frightening ease. I’ve run businesses, led PR campaigns, fundraised and administered a charity. Not for me shrinking from promoting and marketing my work. But the hard-headedness doesn’t extend to cynical churning out of formulaic crowd-pleasers. Readers are the people we let into our imaginary world; for me they are the ultimate judges. So far, they’ve been kind with their reviews and stars, and once having found Roma Nova, they seem to devour it.

“Alternate history thriller” presents numerous problems; for the die-hard alternate historians, there might not be enough deep detail; for fans of thrillers, the alternate bit might be a distraction; for romance readers, the relationship may not have enough frisson and emotional tension. But like any engaging story, the Roma Nova books are essentially about the people in that world, their concerns and their attempts to make their way through the challenges facing them.

I firmly believe you should write what you want to write, what inspires you and what is buzzing around in your head, even if it's difficult to sell. If I wasn’t passionate about what I write and didn’t want to find out myself what happens and how, I’m positive it would show in the writing. Of course, I want to sell my books. I want to share my stories with people to entertain them, possibly provoke them, but mostly to show them that you can escape for a few hours to an alternative (or should that be alternate?) place.
______________________ 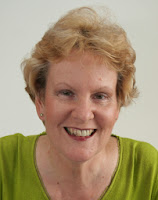 Alison Morton writes Roman themed alternate history thrillers. She holds a bachelor’s degree in French, German and Economics, a masters’ in history and lives in France with her husband.

A ‘Roman nut’ since age 11, she has visited sites throughout Europe including the alma mater, Rome. But it was the mosaics at Ampurias (Spain) that started her wondering what a modern Roman society would be like if run by women…

INCEPTIO was shortlisted for the 2013 International Rubery Book Award and awarded a B.R.A.G. MedallionTM in September 2013.

The next in the series, PERFIDITAS, was published October 2013.  Alison is working on the third book SUCCESSIO.