Dictionary: the feeling of air passing over privates when it falls out of pyjamas in the morning 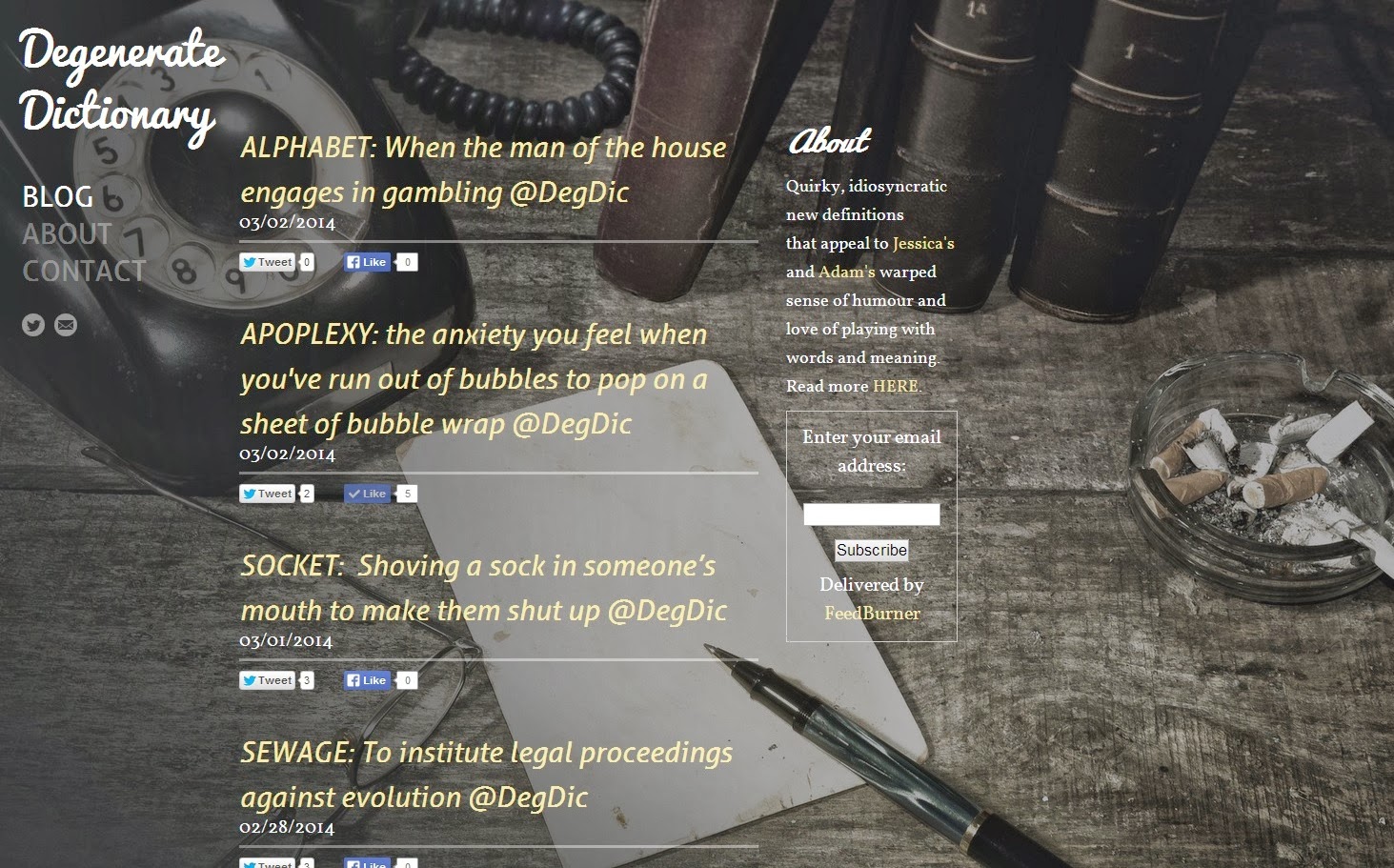 Degenerate Dictionary stemmed from a party game my parents used to play when I was a kid. My mother and her best friend had so much fun thinking of them that they began to write them down. Unfortunately, that little maroon notebook got lost when we moved to Greece.

But I remembered a couple:

ARSENIC: A cut on the bum.
PROPAGANDA: Having a good look.

In 2013, I began posting these quirky, idiosyncratic, new definitions of familiar words on Twitter and Facebook with the hash tag #Jessicasdictionary.

And Adam Byatt soon chimed in with his own ...

The exchange went back and forth over a few days until I emailed Adam, fluttering my eyelids, despite knowing he couldn't see how pretty I was making myself look for him.

The gist of my message was: Would you like to write a dictionary with me?

And so, what once was a party game played by gothic musos in the 80s, and then became #Jessicasdictionary almost 35 years later, is now called Degenerate Dictionary and will soon become a BOOK.

So, here's how the degeneration process plays out:

We hope to see you join in the fun!

CLICK HERE to subscribe to Jessica's newsletter. Every subscriber will receive Book #1 of the Writing in a Nutshell Series, Show & Tell in a Nutshell, for FREE. And be the first to know about new releases and giveaways!
Posted by Jessica Bell at Monday, March 03, 2014