As an editor and a writer, I get nit picky with words that are used too often. And, believe me, I USE THEM TOO, they're common, easy to materialize, and they get the message across without much thought/effort -they do their job. Well, for the first draft, anyway. But, it's a good idea to get into the habit of highlighting them after you complete each scene/chapter, so you can immediately locate them during edits, and change the little buggers to something with more substance.

The words that follow me around like little lambs during the first draft are:
smile
frown
sigh

Now, I know you're going to think it's time for the thesaurus, which, I agree, is a great source to diversify your vocabulary, but ... um ... while we're on that subject, let me interrupt with a few common alternate words for the words I've listed above. I too believe we should use these sparingly. I'll show you how in a minute.
Alternate words are:
smile: grin, laugh, giggle, smirk, guffaw (I love this word)
frown: grimace, pout, sulk
sigh: exhale, breath heavily, groan, murmur 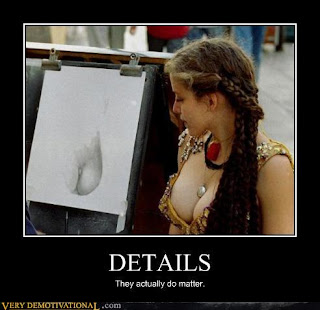 Right ... back on track. What I was planning to say here was, that there are other ways to get these kinds of actions across by describing emotional responses. Let's take a look at some quick examples I'm just going to make up on the spot here. They're not very thought out, but they get my point across:
Example One:
"I got the part!" Jon cried, smiling enthusiastically. (ooh look, I added an adverb to make it even more taboo ;o)
or
"I got the part!" Jon jogged on the spot with impulsive fervor.

Example Two:
"I got the part," Jon frowned.
or
"I got the part." Jon ran his fingers through his hair, put his hands in his pockets and shook his head at his shoes.

Example Three:
"I got the part," Jon sighed with relief.
or
"I got the part." Jon bent forward and let his arms swing, loose like a chimpanzee, before flopping on the couch and switching on the TV.

See how much better a picture we get of how Jon is feeling? I mean, I know, these are rough, but you do get to see how Jon's emotion is significantly clearer in all the 2nd descriptions, right?

So now it's your turn. Choose one of the following and revamp it with a detailed emotional response! Looking forward to see what you come up with! ;o)