What Is This Thing Called Poetry? A guest post by author & poet Mark Van Aken Williams 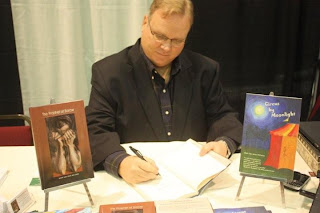 Today I have the pleasure to introduce Mark Van Aken Williams, an amazing author and poet, who has generously accepted the opportunity to guest post about writing poetry today. I couldn't resist asking him after reading a wonderful collection of his called Circus by Moonlight.

What Is This Thing Called Poetry? 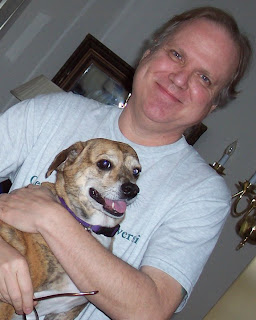 Mozart claimed that his letters came from God. Seamus Heaney said that his poetry came from a metaphorical dig, to uncover the hiding places of his power. For each, the result could be referred to as the source of creative inspiration.
So what is it and where does it come from? There are concepts of poetry that developed in separate ancient civilizations, which had no contact with each other. Yet their ideas and notions about poetry had similarities.

From the beginning in Western culture, there has been a dual attitude toward this source. The poem is made not only by the poet, but it is given to him by a deity or spirit. From this tradition, we still equate inspiration with divine gifts or with some sort of spiritual enlightenment. We think of the very best poets, as those who submit to influences stronger than they are, because what they perceive to see seems inconceivable to them (things that as humans we can only have an inaccurate and vague notion of).

In the New World, the Mayan culture believed that poetry enraptured man, and intensified his emotions and perceptive powers. It enabled him to perceive what he (as a human) ordinarily could not. Once enraptured, the poet would speak the only truth on earth.

I do not subscribe to the influence of an enlightened spirit or Muse, or God. I see poetry as a way to plumb the depths of my imagination, through what I have experienced (especially childhood), and what I have read (here I’m talking about development of the intellect). For me, a poem is something that says more in a few words than a novel can in five hundred pages, with wit and word-play. It has an extraordinary mixing of music and thought. The job of the poet is to choose the right words, not only for sound (the music of poignant language) and connotation (landscape), but even for the countenance of them.

The poem corresponds to a centrifuge of sound, alliteration and rhythm. The reader will be walking into a world for the very first time; a world of terseness and parsimony. True poetry is derived from the poet’s peculiar type of knowledge, which is the fruit of his authentic inner experience, the result of intuition (perhaps this is the part many mistake for spiritualism). So the poem becomes a profound expression, through symbol and metaphor, of what the poet has intuitively and mysteriously discovered.

Sylvia Plath wrote in her journal, when discussing the creation of some new poetry, “I feel my mind, my imagination, nudging, sprouting, prying & peering.”

I could not have said it better.

Another person said, “What makes a good poem? A good poet.”
Thank you so much, Mark, for this wonderful post! If you'd like learn more about Mark and his work you can do so by clicking the following links:
His official website
Facebook
Blog
Purchase The Prophet of Sorrow on Amazon
Purchase Circus By Moonlight on Amazon
So how about you? Do you dabble in poetry? How do your ideas come about?