You say what? You're leaving Athens?

So, this weekend we put our apartment on the market. Oh man, I'm shitting bricks. Excuse my language, but how else do you describe fear that physically hurts in forbidden territories?

Where are we moving to? We don't know. We'll decide that if or when someone wants to buy an apartment in a country that is rumoured to soon be announcing bankruptcy, and a country who has sent Greek soldiers to bomb Libya, which is another thing I'm shitting bricks about. Does that mean we are now a target? Will Libya BOMB GREECE in retaliation??? I know we live in a no aircraft zone, so technically we're safe. But seriously, that means nothing nowadays, does it? Rules? Rules are broken all the time.

Anyway, back to my point. We're selling the place furnished so that we have as little as possible to move about. We'll either move to Australia, the Greek countryside, or rent a furnished apartment in Athens until we decide what we want to do. Either way, I'm still physically hurting in forbidden territories. Sure, the place mightn't sell for YEARS. But what if it does? What if next week some rich schmuck phones us up and says he wants to buy? EEEEEEK! I put such love into fixing up this home ... I'm so sad. But. I'm also a little excited about the fact that if we do sell, we will be free. And freedom is GREAT. Isn't it?

Have you ever had to leave your home due to factors out of your control? How did it make you feel?

Anyhoo, here are some pics of my lovely handy work ... the walls ... 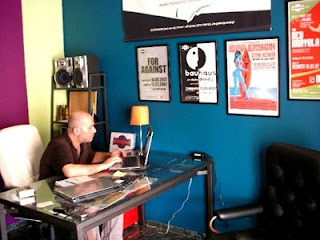 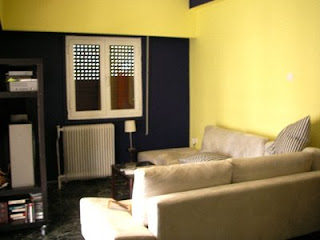 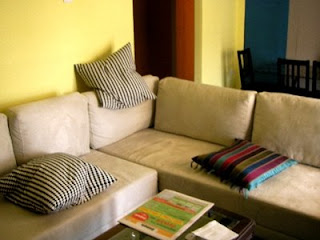 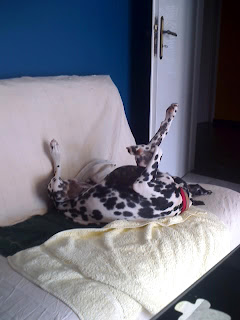 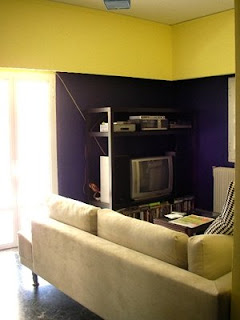 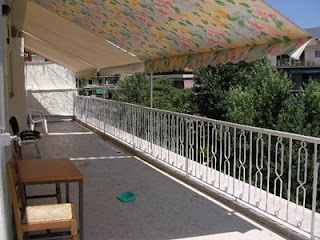 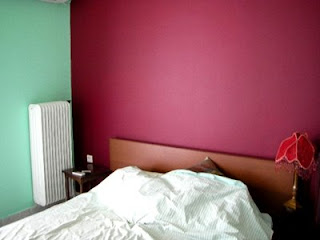