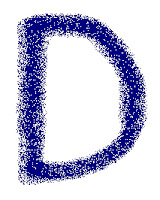 Thanks to all who dropped by yesterday! The answer to yesterday's post was, CONFIDENCE. It seems this one was a little more tricky! A lot of people said 'cocky,' and yeah, I guess it could have been that too.

If you are new to this blog please read the note in the header above this post so you know what to do! Thanks!


"Luv, come 'ere so I can give ya tush a squeeze," slurred the man on Darrel's doorstep who looked like he'd come straight out of a chimney in Mary Poppins. Darrel turned the key to open his front door, groceries hooked over his wrist, without making eye contact. He hoped to slip passed him again without any fuss, but as soon as he put one foot in the door, the man clutched at his ankle, tumbled onto his back and looked up between his legs as if he were wearing a skirt. Without even contemplating his next move, Darrel jumped backward and nudged the old man away from him with one foot. What's that smell? But he was too late. He'd already thrown up on Darrel's brand new snake skin shoes. Fuck! Darrel kicked off his shoes, held his breath, jumped inside and slammed the door behind him. He breathed in through his nose and out through his mouth, 1 hippopotamus, 2 hippopotamus, just like the therapist had taught him. Keep it down. Keep it down. But he couldn't. Now he'd have to throw away his socks too.

So, can you guess the emotion / feeling / state of mind (a noun) depicted in this piece that begins with the letter ‘D’? Please nip over to Nicole's blog to read her interpretation of our D-prompt word. Here’s the link!
NOW FOR MY EXCITING NEWS!!!
I just scored the best job in the world! I'm going to Canada this July to teach a week of poetry at a children's writing camp run by Young Alberta Book Society! Am I allowed to squeal with joy or is that bad for my literary reputation? ;o) ... nah ... SQUEEEEEEEEEEEEE!!!!!!!!!!!!!!!!!!!