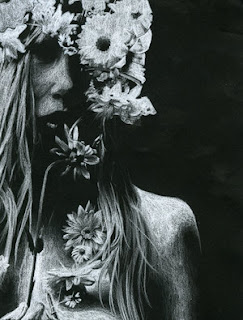 Henrietta was a happy hippy from Helsinki. She engaged in hopeful hankypanky every day with Harold the holidaymaker. But one day Harold became a hoodwinking holidaymaker and he broke her heart. She was humiliated, and began to hoard hardworking hamsters in her holiday home in the Himalayas.

She decided she just had to find Harold the hoodwinking holidaymaker and have him hypnotized to think he was a hamster himself. She would have him hemmed in with her hamsters until all humanity subsided him. Without hesitation, she hired a hit man to hang round Harold's home in Hollywood.

However, little did she know, he was a human hoarder. He hid them in his basement and had hell's angels feed them horrible hippopotamus meat. But! He broke her heart because he 'honest to holy heaven' had fallen hysterically in love with Henrietta the Happy Hippy and wanted to set her free.

Meanwhile, the hit men took some happy snaps and had them sent to Henrietta. She was horrified! How could she have been so half-witted? She asked the hit man take her to Harold the holidaymaker's home, but before he could hurry her away, one of her hamsters had her for lunch.

Henrietta was no longer a happy hippy from Helsinki - she was horrid horse manure.

Email ThisBlogThis!Share to TwitterShare to FacebookShare to Pinterest
Labels: A to Z April Challenge, Seriously Silly